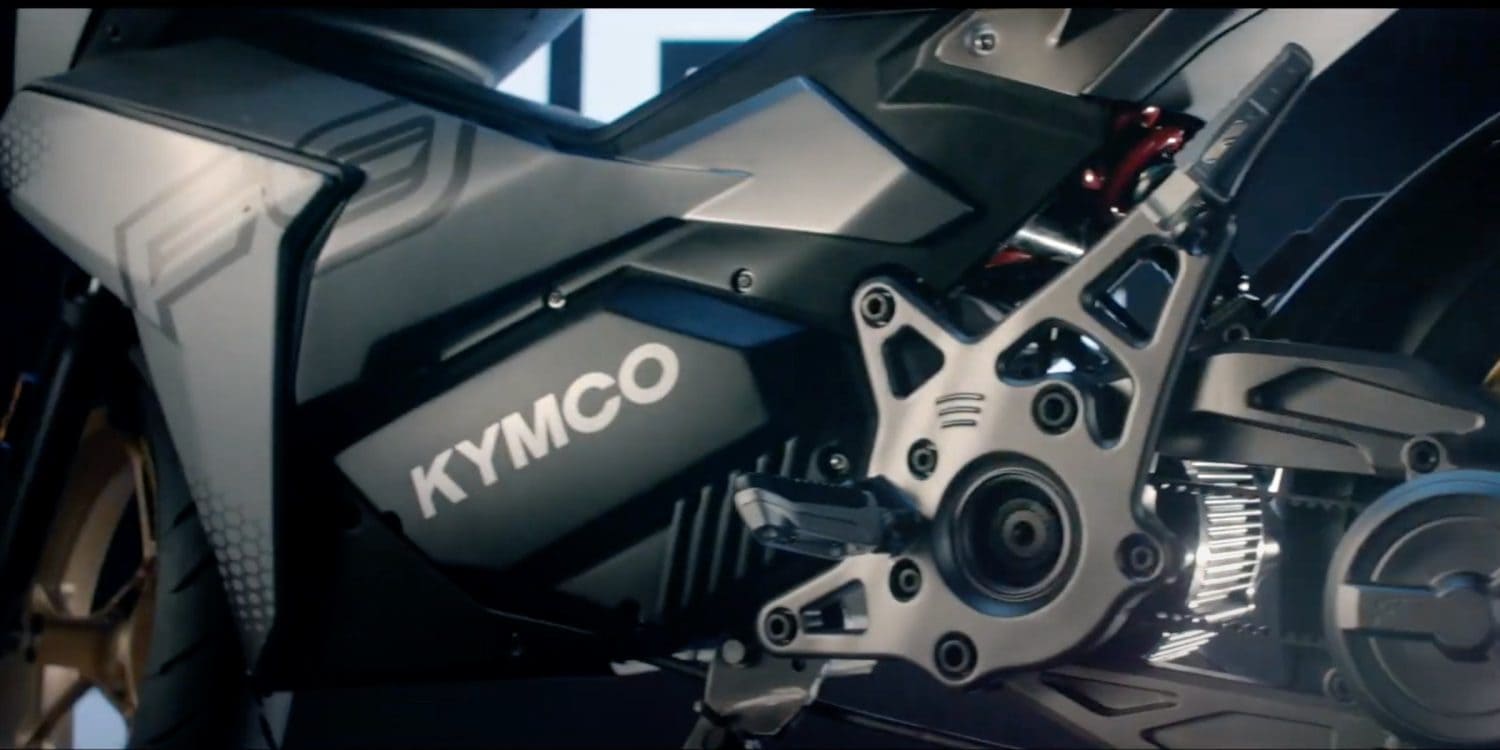 KYMCO has a big digital press conference planned for this Thursday, November 26th. And it appears that one of the major unveilings will be a new electric motorcycle known as the KYMCO F9.

We only have a few brief shots of the new bike, which is visible in a short 18-second teaser video shown below.

But from the quick cuts we can actually glean a lot of information.

KYMCO’s new bike takes on something of a hybrid motorcycle/maxi-scooter form with a frame that is likely supplemented by a stressed-member battery box.

The battery also appears to be quite large, taking up the majority of the frame’s space between the rider’s knees.

The electric motor can be seen in what appears to be a coaxial mount with the rear swingarm – a design famously employed by the Zero SR/F and SR/S platform. That move cleans up the rear mounts and also simplifies tensioning the toothed belt used in the belt drive.

Unlike the Zero design though, the KYMCO bike’s rear swingarm is single-sided.

For suspension, the bike gets an inverted front fork and a single rear monoshock.

The tail light looks somewhat similar to the RevoNEX’s, though takes on its own unique design.

Pillion pegs and a rear seat are visible, meaning this bike is designed for riding two up. But there’s no rear brake lever by the right foot peg, indicating that we’re likely looking at a more traditional scooter setup with dual hand-brake levers.

While we don’t yet know the name of the upcoming bike, it has large “F9” lettering on the side panels, which might be a not-so-subtle clue.

This new bike would be the third large-format electric motorcycle that KYMCO has unveiled in as many years.

KYMCO then returned to the same show in 2019 to unveil the RevoNEX, a slightly toned down electric motorcycle that seemed more likely to make it to production.

That last note was confirmed this summer upon production design patents leaks for the RevoNEX.

But KYMCO announced very early this year that it wouldn’t attend the 2020 EICMA show due to COVID-19 concerns, several weeks before the show was eventually canceled altogether.

Instead, the company will run its own digital event to unveil new models this week. 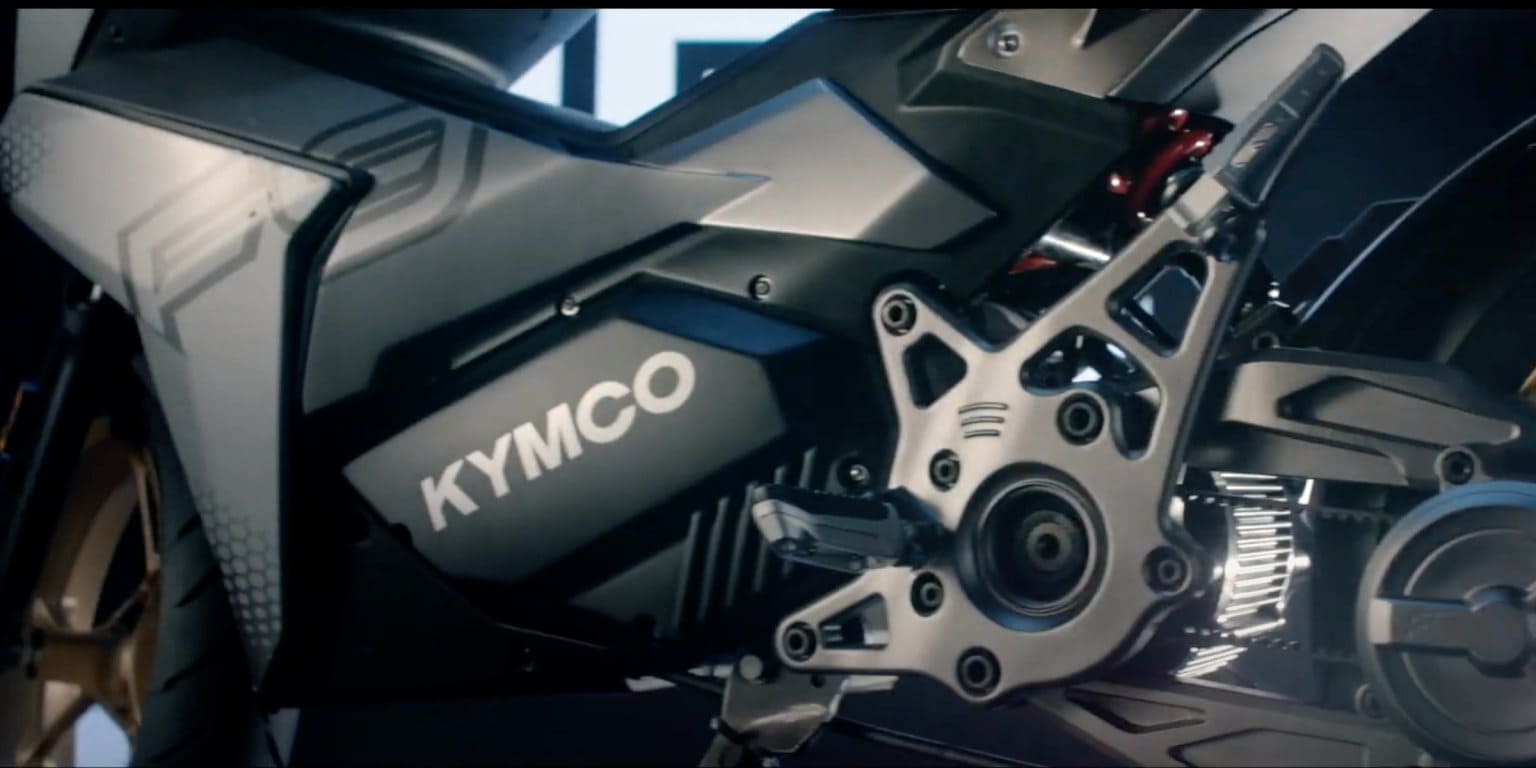 An interesting departure seen in the F9 as compared to the SuperNEX and RevoNEX is the lack of a manual gearbox.

KYMCO outfitted both of its previous electric motorbikes with slipper clutches and gearboxes to give riders the classic shifting sensation that many traditional motorcyclists hold dear.

However, the F9 doesn’t appear to sport a multi-speed transmission, instead opting for a simple direct drive like those seen on most major electric motorcycles such as from Zero Motorcycles and Energica.

We’ll know more details by Thursday, so be sure to check back. Until then, let’s hear your thoughts on KYMCO’s latest soon-to-be-released design in the comment section below.

KYMCO confirms RevoNEX electric motorcycle to be produced in Italy